Breather is the most flexible way to rent office and meeting space. Their web and mobile apps allow users to book over 500 beautiful locations across 10 cities worldwide by the hour, day, or month.

Before implementing BubbleIQ, Breather had no idea how much time was being spent on their most important urgent tickets. Breather’s operations team is in charge of solving time sensitive issues such as when a customer can’t get into a space or the WiFi in a space isn’t working. The operations team was using Slack to managing these issues in real-time, but there was no tracking around the reply time or resolution time of the issues.

Breather’s big question was how they were going to get metrics on these urgent requests. They knew that without any accountability, it would be impossible to ensure tickets were being responded to quickly enough and therefore they couldn’t measure improvements in the customer experience. In Q4 of 2017, Breather realized this was such an important issue that they set it as an OKR to track and improve responses to urgent customer support tickets.

Finally, he discovered BubbleIQ and got it integrated with just a couple of clicks. He set up a series of Zendesk Triggers mapped to a Slack channel that was specific to that city. For example, a ticket where a customer couldn’t get into a space in New York City that was marked as Urgent would go to a New York City trigger in Zendesk, which would then post as a Bubble into a #nyc_ops channel in Slack.

Gio also built an additional trigger that would automatically tag the Slack usernames of the people on the ops team for each city so they would be notified in Slack. So each new Urgent ticket would create a Bubble in the appropriate Slack channel, and the Operations team could respond to that ticket via the thread in Slack. Their responses post back to the ticket in Zendesk and any replies from the customer post from Zendesk into the thread in Slack. The operations team could also update ticket status, change the assignee, and other custom ticket fields right from Slack.

For more on how Breather uses BubbleIQ, check out our webinar!

As soon as Breather got BubbleIQ up and running, they saw immediate impact. Now, the Breather operations team can work from Slack while they are running around different cities on their phones, and everything they do is tracked in Zendesk. Breather finally has the metrics they’ve been hoping for on their most important tickets.

Thanks to BubbleIQ, Breather has been able to implement SLAs for the different ticket priority levels: 15 min for Urgent, 2 hours for High, 24 hours for regular, and 48 hours for low. Breather’s team has noticed enormous improvements in handle time for tickets that are managed in Slack. They accomplished their OKR and are now providing an even better experience for Breather customers. It’s no surprise that Breather has a 97% CSAT!

Today, Breather is expanding their usage of BubbleIQ to include the sales team as well and keep them up to date on important tickets via Slack. 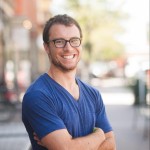